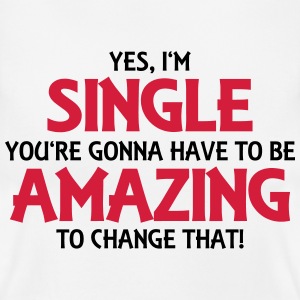 So we end the year (and the decade) by being single – yes folks I get dumped via message after dating this one – such a charmer!!  However, let’s examine the clues that were always making me a little nervous and if I’m honest it wasn’t entirely a shock, I knew I’d not fully opened up as there were just a few too many niggles for me.

Clue 1 – having two phones but not sharing the numbers.  I get that people have a work and a personal phone but really?? You are unwilling to share that number after a little while??

Clue 2 – rarely being available on weekends, again I get that we have pre-existing commitments before you start to date someone and I’m the same, I wouldn’t drop planned things just because I start to date someone, but really?? EVERY weekend you’re busy?? Hmm smell alert of BS! It dawned on me that I’d stopped asking if he was free on a weekend as he never was, that’s not a normal setup is it??

Clue 3 – language changes; this is a peculiarity of using message a lot and someone who reads subtlety in text message. I noticed that in the week things were flirty and funny, weekends the language would shut down to very matter of fact and in fact very few messages over a weekend would appear. Again, we’re in smelly territory!

Clue 4 – we were out one time and my phone beeped to say I was close to my overdraft so I groaned, his reaction ‘are you somewhere you’re not supposed to be?’ I found that a really odd phrase, most would say ‘oh dear, is everything ok?’ but then we accuse others of what we ourselves are first guilty of don’t we?

Clue 5 – the doting grandparent, now I know you’re going to think me mean on this but I did find it a bit odd that he spent nearly all of every other weekend with him, it was more akin to a separated father seeing their child than a grandparent but hey ho.

Clue 6 – aggressive deflection if ever challenged, well of course this just makes me even more suspicious doesn’t it??

Clue 7 – finding his profile still active on the dating site BEFORE I get dumped, thanks! I had remembered his user name so googled it and sure enough, up it pops with a new picture which means the account is active rather than finding the original one as suspect people can still find my old accounts if they bother looking.

Clue 8 – an absolute terrified reaction of me offering to drop him home one day because he’d met me off the train so not got his car. I was trying to be nice to save a cab journey and the absolute panic on his face was amazing, perhaps a little bit more of BS?? There was also abject fear when I offered to drop something round one time, again it was me being kind but blimey he did overreact a little – the cows must be mighty busy in his back garden!

And the ultimate cruncher, I get admitted to A&E, bed allocated on the surgical ward not knowing if I’m in theatre as an emergency case but thankfully get discharged and spent the weekend on the sofa recovering with painkillers.  Wouldn’t you shuffle a few family things around to visit the person you are supposed to be dating to see how they are? Maybe even turn up with smarties which I love! Nope, I get a message saying maybe it’s psychosomatic – err the surgical team didn’t seem to think so and neither did work who wanted to call an ambulance for me.

So, the lessons learned – keep challenging the BS, if it’s a genuine error on my part or misunderstanding it can be cleared up quickly and with a giggle, if it really is BS then please go annoy someone else!  This was an interesting dating experience as on a couple of occasions he said my profile was nothing like the real me and he was confused that he hadn’t seen me.  Well, no shit Sherlock, of course you haven’t!  You really think I’m going to open up about my deepest thoughts when you slot me in between meetings and when something doesn’t quite add up?? You turn up at the drop of a hat, no forward planning and expect me to be delighted that you chose to spend a few hours with me?  It hardly screams of grand passion or thoughtfulness.

I am an introvert, I open up slowly but only when I feel you can be trusted and I clearly didn’t totally trust this one.  Shame as he had potential but ultimately now joins the stack of wankers that we tried dating!

The musings of an ordinary girl from her sofa surrounded by mad cats; sometimes serious, sometimes silly but always me. View all posts by quirkymischief