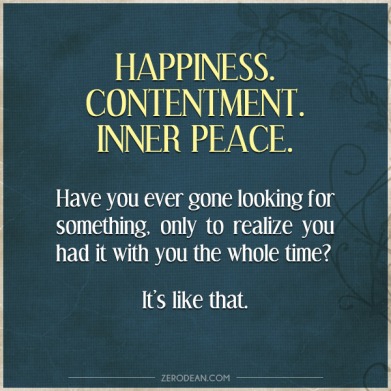 Wow, it’s been a bit of a rollercoaster of a summer! I decided to have another go at that there online dating thing, and truthfully I don’t know what I expected this time round.  I think I entered into it a little more sceptical and that’s why there was such a daft profile, almost a subconscious thing of meh let’s see what lies beyond this next message!

But then the oddest things started to happen, and it was because I’ve changed.  For those of you that are unaware I discovered the art of tidying and have fully embraced the message behind it.  I also discovered that along with discarding the physical items that no longer play any part in my life that the memories attached to them were also allowed to be discarded.  It felt like moving cobwebs out of my mind and not just rehoming the spiders that seem to like my walls.  However, the spiders provide excellent entertainment as the small cat attempts wall mountaineering with no paw holds and promptly lands on the sofa in disgust with no spider for supper!

So, the physical items that went included old wedding photos that in truth I didn’t even realise were in the house.  They have no sentimental value to me, I kept some of the photos of relatives that are sadly no longer here but other than that the bin was full in about half an hour (I still await the wonderful passive-aggressive notes complaining the bin is too heavy!!). I noticed that as the physical items no longer sucked light or energy from my home that so too my mind felt lighter too, and I seemed to be gaining contentment with what I do have.  Life hasn’t always been easy but then has it for anyone? We each bring histories and stories that bring us to today, and we can accept and forgive or allow them to niggle away.  There is one story I still haven’t written but I will, in time, the forgiveness was silently given from me to them some time ago.

Yes, I did go on a few first dates a while back, they were perfectly lovely guys but not for me – kept in touch with one and even got a flipping wetsuit for possible canoeing.  Just why is beyond me but hey I now have a wetsuit! And the reason they weren’t for me is that they still have their own cobwebs to clear out, and I hope in time they are able to.

What did I learn from this round of dating? One guy asked me to share and as I did I realised that my past is just that, the past.  It has shaped me, yes I accept that previously it probably did colour my judgement however it has no hold anymore.  I sort of see it as a chapter of an old book that has long been discarded in the act of decluttering both the physical and mental spaces I occupy. Neither the book nor the chapter has any place in my world now, and the process of tidying allowed me to realise that. The lightness I feel at now living in the present both physically and mentally is probably one of the most liberating experiences I’ve had.

Deciding to let go of things isn’t easy.  We sort of hold on to them, they are a peculiar if draining comfort blanket yet while we live with these things we are unaware of their drain.  Maybe the new place will be scarier?  At least we understand our past yet the future is uncertain and that in itself can be daunting, but it is also liberating.  I quite like that the future is unknown, it allows for new adventures with new people and who knows what might happen next? The dating site is done now, for a number of reasons it serves no purpose to me.

Here’s to the next chapter, whatever it may be!

Just an ordinary girl who foolishly tries internet dating! Owned by cats and blogs about random things, and if you have to ask then cake is always a good answer! View all posts by quirkymischief

3 thoughts on “Tidying the mind = contentment”